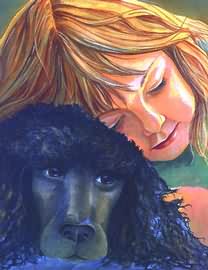 Hurricane Bob is coming! We have only a few hours to get ready before it hits our coast.

Hurricane Bob is headed for Cape Cod, and Margo races to help her family prepare for the storm. She fills up the bathtub with water, collects vegetables from the garden and comforts her dog, Pepper.

The Sky and the sea are the same gray. You can't tell where the water ends in the distance and the sky begins. The wind is so strong I can lean against it without falling down.

Margo describes the suspense of waiting for the hurricane, and tells what it's like when it really hits her house. The world is changed once the hurricane has passed. When electric power is finally restored after five days, Margo discovers that Hurricane Bob has left behind some things that no one had predicted.

Hurricane Bob was an actual Hurricane that hit the coast in August 1991.

An Author's Note at the end of the book tells you all about hurricanes. 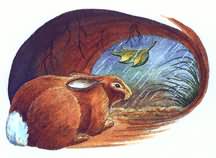 Hurricane! is fiction, but it's based on my family's real experience when Hurricane Bob hit Cape Cod. Our dog was just as nervous as Pepper, and we did work on a giant jig-saw puzzle. After Hurricane Bob had passed, I saw a rabbit, like the one in the story, munching on leaves from a fallen tree. Just like Margo in the story, we didn't have power or running water for almost a week. (You can imagine what happened to the food in the refrigerator!)

Lenice Strohmeier, the illustrator of Hurricane! used a friend, Sarah, and her dog, Max, as models for Margo and Pepper. Max is a standard poodle, and by coincidence my first published book, That Dog Melly! is about a standard poodle, too. (Check out her picture on the cover of that book.) Lenice used her son and daughter as models for Margo's parents in the story, but she had to make them look much older than they are in real life.